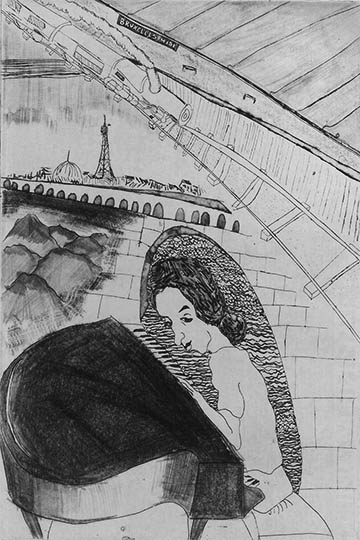 …The TEE enters the Midi station. Clara is looking forward to seeing Brussels and his dear friend Arthur. Tomorrow, they will give a violin piano recital of sonatas for the Belgian public. Clara gets off the train, she takes the wooden escalators and she falls. What an idiot! His hands have nothing, fortunately! Clara looks up. The station is gone. The images arise, the drawing of the faces, the voices, the noises. Everything is precise. Snow, Bucharest, departure to Vienna, Paris, Lausanne, New York …

Here is the life of a woman with a unique destiny that crosses the 20th century with the only luggage, music, sincerity and friends…

Clara Haskil, romanian pianist, of Sephardi background is born in Bucharest, Haskil studied at the Conservatory in 1901 and made her debut in Vienna 1902 as a child prodigy. She studied with Richard Robert and later in Paris with Cortot.
Her technique and capacity for poetic expression won her a great reputation. Though a muscular disorder severely impeded her career, she continued playing concerts during periods of remission, making numerous appearances with Ysaÿe, Enesco, Casals, and Grumiaux and appearing as a soloist with major symphony orchestras in Europe and America. She lived in Paris from 1927 until 1940, when the German invasion forced her to flee the city. In 1949 she acquired Swiss nationality.
Haskil was made a Chevalier of the Legion d’Honneur in belated recognition of the inimitable clarity and eloquence of her playing. Her interpretation of Beethoven, Schumann, Schubert, and especially Mozart was profoundly sensitive and unique. She made memorable recordings of the complete Beethoven sonatas for violin and piano with Grumiaux as well as of several Mozart concertos. A Clara Haskil Prize was established at the International Music Festival in Lucerne. 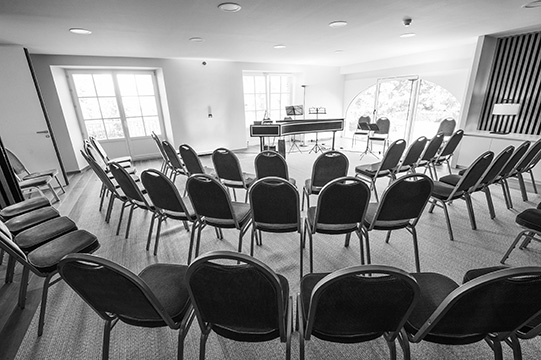 INAUGURATION OF THE MAGRITTE HALL

Magritte, the new conference and concert hall in Hulencourt, formally inaugurated the opening of the building on June 30, 2018, after a summer concert performance starting with the Accordone Ensemble!

The ensemble Accordone showed our audience their sunny origins: tarantelle e canzoni alla napolitana. Instead of researching in libraries and archives the ensemble Accordone found its sources on the streets of southern Italy on which songs are still passed on from one generation to another through oral tradition. The program of the concert was a mix between traditional music from Naples and Apulia packed with energy. 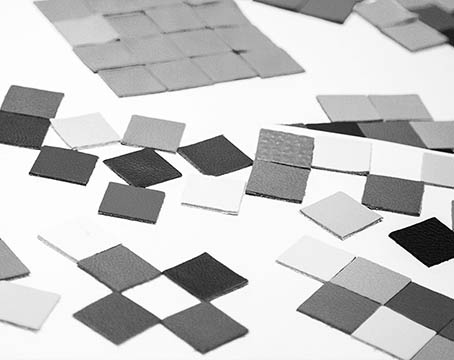 Children from a London school were asked to rely on their inherent creativity to fulfil Sudjic’s design brief entitled “Restart from the Future”.

The 225-piece collection of the Vanity Fair Limited Edition has been specially designed to support the construction of the Farm Children’s Museum in Favara, a part of this town that has been transformed from semi-abandonment into a modern art and cultural destination by art-focused charity, the FARM Cultural Park. A destination for children all ages as well as adults, Farm Children’s Museum will offer educational activities where children will have the opportunity to learn by using their creativity and their hands through exploring colours and materials.
The limited-edition collection will be available to purchase in three sizes: standard, baby and mini. The largest of the models serves the world of adults; inspired by the shade of the traditional Sicilian housing, it captures the essence of Poltrona Frau’s elegant aesthetic.